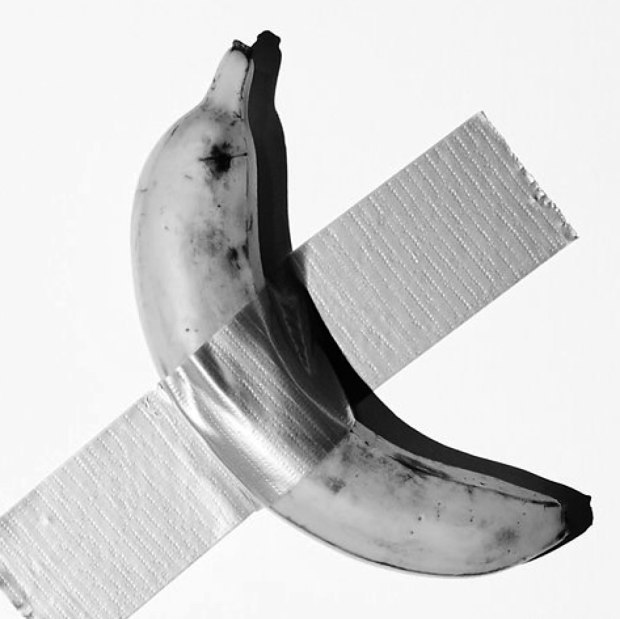 In describing Maurizio Cattelan, The Museum of Modern Art says, “In the grand tradition of Italian comedy that stretches from the commedia dell’arte to Fellini movies, Cattelan’s work is irreverent, self- deprecating, and sharply satirical. His relationship to both his public and his patrons resembles that of a court jester; his work amuses, but it also goads. At its best, it reveals the delicate relationships and motivations of those involved in the creation, exhibition, and consumption of art.”

Art Basel Miami opened the first week of December, and Cattelan’s banana duct-taped to a wall (Comedian, edition of three, with two artist proofs) became the darling of the show. Two sold for $120,000—the price of the third was raised to $150k before it sold to a museum. As this went on, all forms of indignant, sarcastic hell broke out in the press and on social media. “$120,000 for a banana stuck to a wall with a few inches of duct tape?”

Consider the history and the current subject:

The most often seen outrage regarding Cattelan’s Comedian is, “That’s not art!” Or, put as a question, “How the hell is that art?”

Here, it’s important to understand that only the artist can say what art is. If the artist produces a piece and says it’s art it is art.

You and I and the critics have the right of saying, “I hate it; it’s stupid.” or “Profound. I love it!” or we can produce a lengthy, scholarly paper critiquing it against decades of assumptions of what lives on and is remembered as art.

What we can’t do, though, is to say that a piece we didn’t produce isn’t art.

The Art Newspaper’s podcast discusses Cattelan and his banana. It’s a good listen.

BTW, Cattelan’s banana didn’t mark the first time the artist had used duct tape. For an exhibition in 1999, he duct-taped Massimo De Carlo, his Milanese gallerist, to a wall in  De Carlo’s own gallery. The installation was titled A Perfect Day. 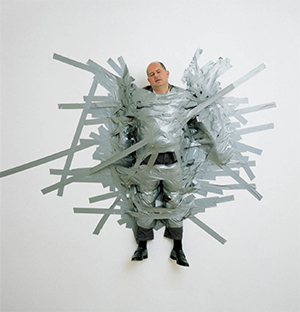 So, crazy, crafty, or clever? I think Cattelan is all of that and a current-day Duchampian wizard. Franklin Sirmans notes in ARTFORUM, that Cattelan is also a bit of a smart ass. 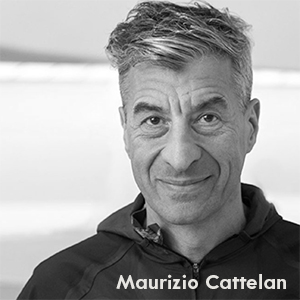 One thought on “The one about a banana duct-taped to a wall. And, that Cattelan person—crazy, crafty, or clever?”