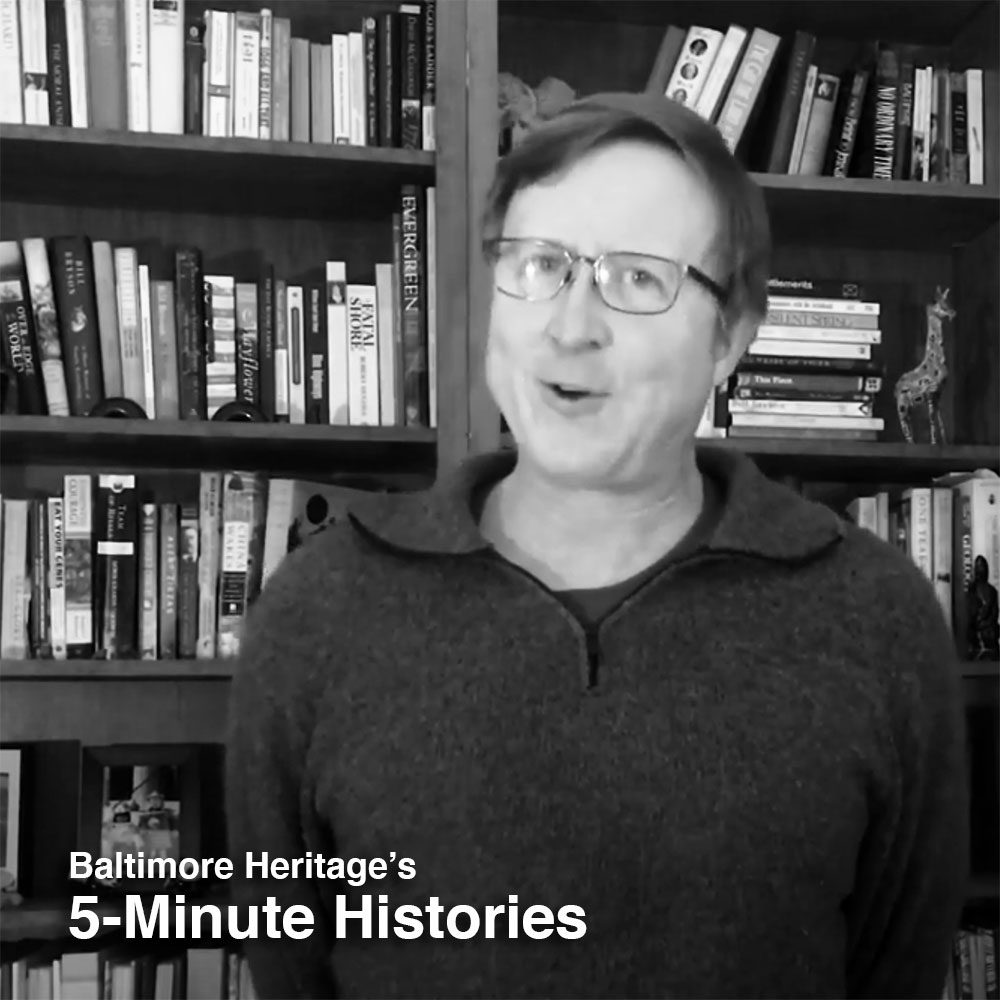 In this time of pandemic-related work-from-home days, Baltimore Heritage (BH) has created a clever and smart way to engage with its members and all others who are interested in the history and architecture of Baltimore.

Their video series, Five-Minute Histories, is a rapidly-growing library of fascinating video vignettes. The episodes are hosted by BH Executive Director Johns Hopkins. He notes that his on-site production crew consists of his 14-year-old daughter and 15-year-old son. And, he says, “We are honoring Governor Hogan’s request and are doing this from home.”

Covering diverse topics and subjects, the videos reflect the diversity of Baltimore itself. The topics range from looks at the American Brewery Building; The Peale Museum; The Belvedere Hotel (and it’s storied Owl Bar); Thomas O’Neill and the Cathedral of Mary Our Queen; and the two-part episode, Gargoyles & Grotesques.

This week, Johns shares a look at the history of a couple of Baltimore’s oldest movie theaters, the Charles and the Senator—and, as a special treat—he includes a guest video. The history of Baltimore’s theaters (some palaces when they were built, others not so much) is a fascinating topic and it intrigues me. There was once an entire block of Lexington Street that was Baltimore’s movie theatre mecca for the first half of the 20th Century. (The entire block was demolished mid-century to make way for the massive urban redevelopment project known as Charles Center.)

Johns says, “In the days ahead, we’ll explore Civil Rights history, mercantile history, immigration history, religious history, and a whole lot more. Although we sorely wish we could be out and about with you in person, please stay safe and check us out online each day as we try to bring a new historic site to you.”

Founded in 1960, Baltimore Heritage, Inc. is Baltimore’s nonprofit historic and architectural preservation organization. Please consider supporting them if you are able.