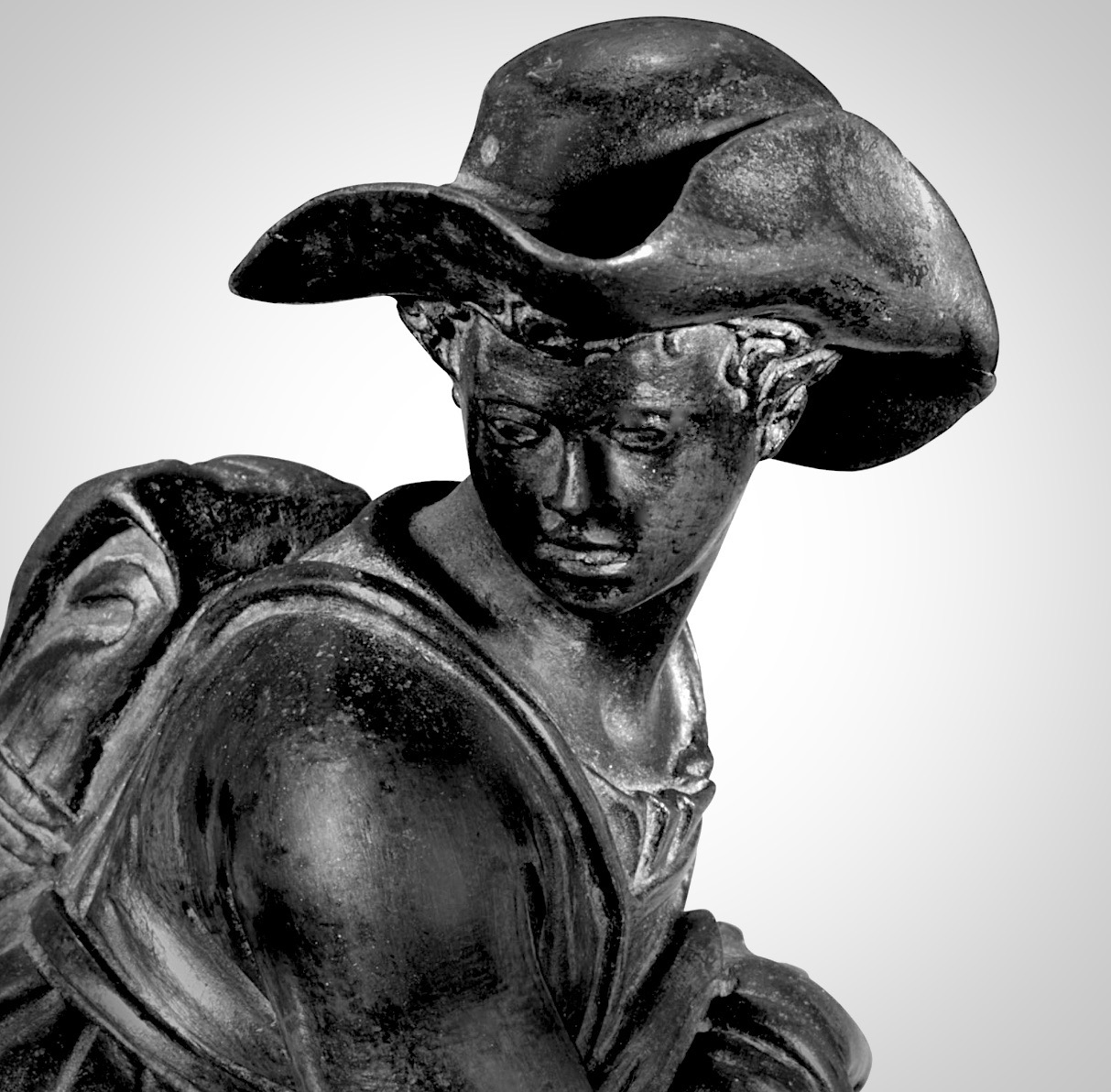 Reading a story in Christie’s Magazine last week, I was reminded of a time, a decade or so ago, when Jacob and I were deep-cleaning the house and realized that to clear some storage space we had to get rid of a lot of little “stuff” we didn’t use and weren’t fond of. During that knicknack purge, we discovered that we had a valuable, wee treasure that had been in hiding in our families’ care for who knows how long.

“It is rare that something of this quality appears from out of nowhere,” says Christie’s Old

Masters specialist Milo Dickinson. “That it was found in a box of odds and ends in South Africa is a lesson to us all that there ae still many great works hidden away, ready to be discovered.” And, with those few words, I was hooked.

A retired couple liked to go to auctions and from time-to-time buy box-lots of knickknacks. They bought a box online (photo right) for around $15 from an eBay-type auction platform called Bidorbuy. When they recieved the box they found, among the other objects, a 5-inch-high statuette of a peasant resting on a staff.

Described in the auction inventory as a “brass ornament,” their little metal casting was offered as part of a box containing other miscellaneous items including an airplane-shaped shelf,  a pair of glass vases, and a decanter.

According to Christie’s, after bringing the box home the couple, who were living in South Africa, began to research the peasant sculpture online, but they couldn’t find anything like it. After further investigation ended up cold, they made a connection that resulted in startling headway. They contacted Gillian Scott-Berning, a Christie’s consultant in South Africa, who in turn reached out to Dickinson in London.

Dickinson instantly recognized it to be a lost work by Antonio Susini (1558-1624), a

Florentine sculptor widely considered today to be the finest bronze caster of the Renaissance.

With three days left in the online auction, the current bid is approximately $30,240.

The full story is fascinating. You can learn more from Christie’s and The Evening Standard. The box-lot bronze will be offered in the Old Master Paintings & Sculpture sale that’s online from July 9-30. The sale is part of Christie’s wider Classic Week in London which is now held over the whole month of July.

While the hammer price of the Susini has already eclipsed what we received for our little found object, when all’s said and done, the couple can’t possibly be more excitied than Jacob and I were as we watched our three-inch-round discovery climb—in the final hour of bidding on eBay—to $14,101.