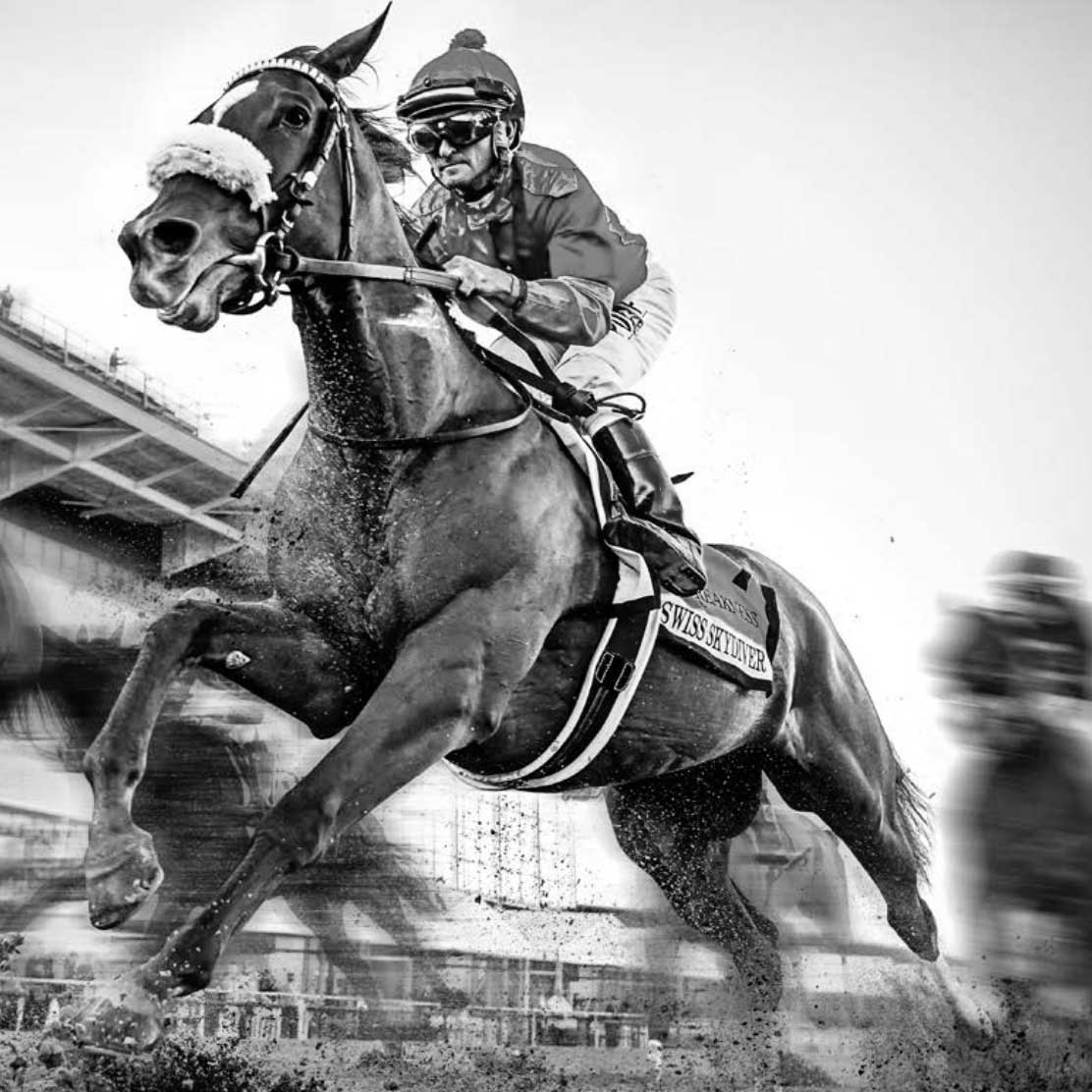 According to the Maryland Jockey Club, it all started with the Minisi, a northern New Jersey tribe of native Americans. They called their area Pra-qua-les, meaning quail woods. After a series of different spellings, the name eventually evolved into Preakness.

One of its variations was Preckiness, used by General George Washington to describe the area where his troops were quartered in the winter of 1776–77. Nearly a century later, Milton H. Sanford, a Thoroughbred owner, became attracted to the name. He called his farms, one in New Jersey and another in Kentucky, Preakness. His Jersey farm was located in the Indians’ “quail woods.” Today, there remains a Preakness, N.J.

When he bought a yearling sired by Lexington and out of Bay Leaf from A. J. Alexander, he named the colt (bred in Kentucky at Woodburn Farm) Preakness, unaware that he was contributing to turf immortality. Preakness, the eighth foal of Bay Leaf, cost Sanford $2,000.

It was Preakness who turned up as a 3-year-old for his debut in the Dinner Party Stakes at Pimlico’s inaugural in 1870. He was derided as a “cart horse” for his ungainly appearance, but won that first stakes at Old Hilltop, which became a history-producing victory.

In his triumph, Preakness was ridden by English jockey Billy Hayward, who supplied the name for one of Pimlico’s present adjoining streets. It was the colt’s only start in 1870 but left a lasting impression at Pimlico. Three years later, the Maryland Jockey Club honored him by calling its newest stakes race “Preakness.” The Dinner Party Stakes eventually became the present-day Dixie.

Preakness continued to race through his eight-year-old season in America. He won the Baltimore Cup, carrying 131 pounds at age eight and also finished in a dead heat with Springbok in the 1875 Saratoga Cup at 2 1/4 miles.

Later that year, Sanford sent Preakness to England. He became one of the first American horses to be given genuine recognition by the British. Eventually the Duke of Hamilton purchased Preakness from Sanford for breeding.

As Preakness grew older, he developed a temper and was tough to handle. Apparently the Duke of Hamilton’s disposition was not smooth either. One day in a fit of rage, he shot and killed Preakness, touching off a reform in English laws which governed the handling of animals.

To learn more and download the full Preakness Media Guide with facts and figures, history, and stats, click the image below.

You can learn everything about the Preakness Trophy, the Woodlawn Vase here.