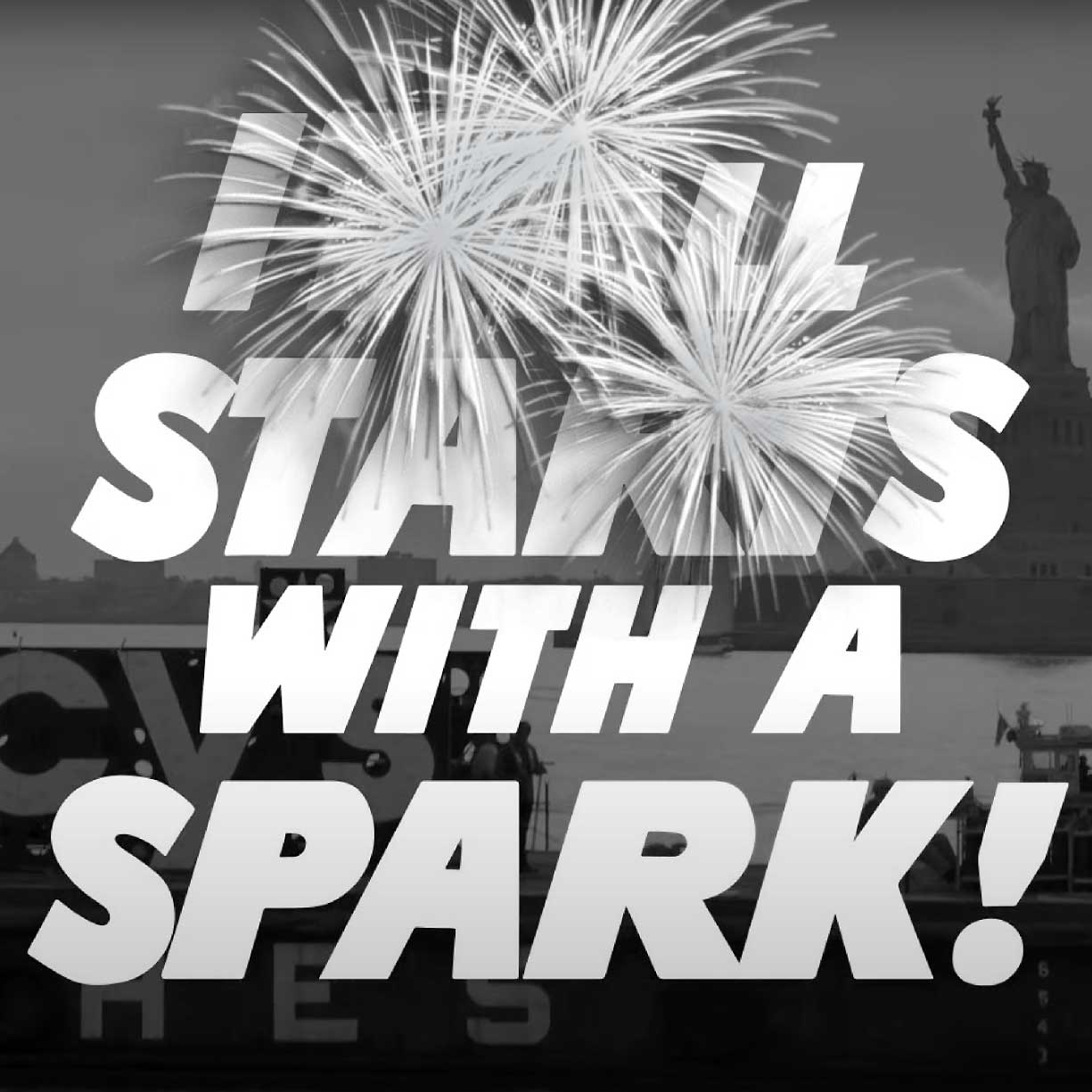 Macy’s 4th of July Fireworks first burst over the New York City skyline with a special U.S. bicentennial show in 1976. Since then, Macy’s Fireworks have grown in scale and artistry as they burst to life over many of New York City’s waterways and neighborhoods.

The 45thedition of Macy’s Fireworks is conceived, designed, and produced by Macy’s with Pyro Spectaculars by Souza. Designed to ignite in synchronization to a patriotic musical score, the 25-minute display will feature a host of shells and effects in dozens of colors and shapes including eclipsing fans, triple linking rainbows, blue jellyfish with crackling tentacles—and red, white and blue waterfalls, to create dramatic effects a mile across the river and from 1,000 feet in the air to the water’s edge.

A Hero’s Journey, The Musical Score

The musical score is the basis for the fireworks choreography and this year it salutes the hero within—the spirit of optimism and bravery of the American people. Patriotic classics such as The Star-Spangled Banner and America the Beautiful, featuring guest performances from The United States Army Field Band & Soldiers’ Chorus, mix with original instrumentals and a soaring rendition of “Lift Every Voice and Sing” by Broadway Inspirational Voices; creating a moving musical showcase for the pyro in the sky.

The score for Macy’s Fireworks will also feature music superstar Tori Kelly singing a powerful rendition of Rodgers and Hammerstein’s classic You’ll Never Walk Alone from the musical Carousel. This tribute to everyday heroes will be the heart of this year’s Macy’s Fireworks and will serve as the musical accompaniment to the signature Macy’s Golden Mile moment of the spectacle, where thousands of golden-hued shells create a dramatic cascade effect 1,000-feet in the air and more than a mile wide across the East River.

The music will be simulcast by 1010 WINS radio and available online at Audacity.com.

For more information on the 45th Annual Macy’s 4th of July Fireworks including behind the scenes content, special mini-documentaries, and more please visit macys.com/fireworks. In addition, follow and participate in the excitement on various social platforms via @macys and #MacysFireworks.