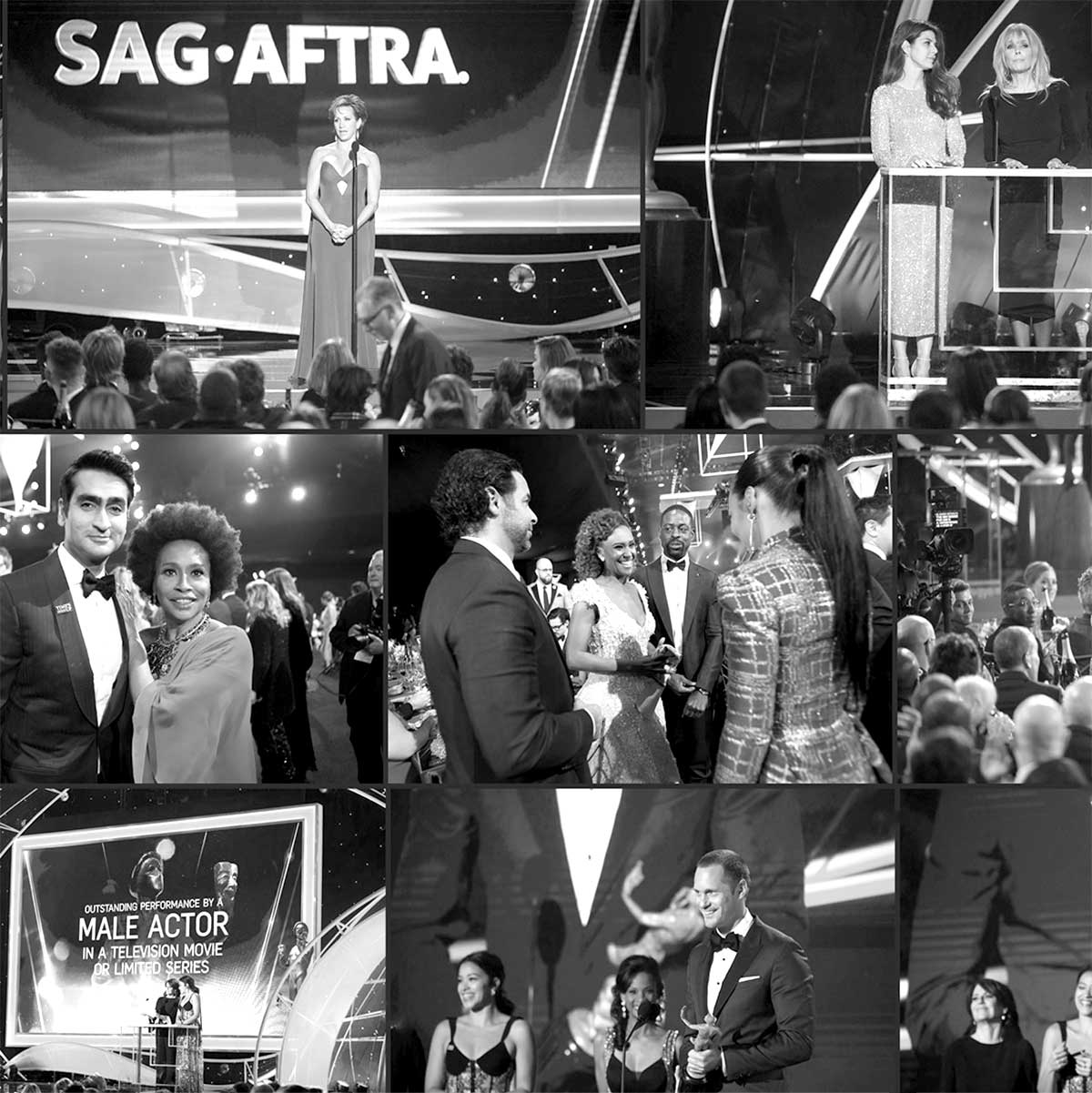 I’m really happy when awards season begins. I’m really, really happy this year. The COVID pandemic has created a lot of worry, loss, and angst. I don’t know about you, but I’m hungry for some unbridled glamor and joy—and a bit of glitter to help frost the cake.

The 28th Annual Screen Actors Guild Awards® will be held on Sunday, Feb, 27, 2022 at The Barker Hangar in Santa Monica, California. The two-hour telecast will be simulcast live on TNT and TBS at 8 p.m. on the east coast and at/ 5 p.m. on the west.

SAG Award® and Oscar®-winning actress Helen Mirren will be the 57th recipient of SAG-AFTRA’s highest tribute and acolade: the SAG Life Achievement Award for career achievement and humanitarian accomplishment. Given annually to an actor who fosters the “finest ideals of the acting profession,” the SAG Life Achievement Award will be the latest of Mirren’s esteemed catalog of international industry and public distinctions recognizing her masterful performances on stage, screen, and television.

Mirren’s previous honors have included an Oscar, multiple SAG Awards, three Emmys®, numerous BAFTA Awards, a Tony Award®, a BAFTA Fellowship Award, The Film Society at Lincoln Center’s Chaplin Award, and she was made a Dame of the British Empire in 2003. To date, Mirren is the most decorated SAG Life Achievement recipient with a total of 13 SAG Awards nominations and five SAG Awards Actor® wins.

When the first Screen Actors Guild Awards® were presented on March 8, 1995, the ceremony opened with a speech by Angela Lansbury introducing the SAG Awards® concept and the Actor® statuette, along with giving a little of her own history as a performer: “I’ve been Elizabeth Taylor’s sister, Spencer Tracy’s mistress, Elvis’ mother and a singing teapot.” She ended by telling the assembled audience of SAG Awards® nominees and presenters, “Tonight is dedicated to the art and craft of acting by the people who should know about it: actors. And remember, you’re one too!”

The performers union that presents the Screen Actors Guild Awards is SAG-AFTRA. Since the merger of Screen Actors Guild and the American Federation of Television and Radio Artists in 2012, SAG as a stand-alone entity cease to exist. You can learn more about and connect with the SAG Awards in a number of ways:

On a personal note, I joined Screen Actors Guild and the American Federation of Television and Radio Artists in Dallas, Texas on May 25th 1971—over 50 years ago. Back then the membership cards were paper and the secretary of the union local office added your info by typewriter.

Enjoy the show. Be kind to each other. Take a deep breath. And let’s revel in some much deserved happiness and a celebration of excellence.