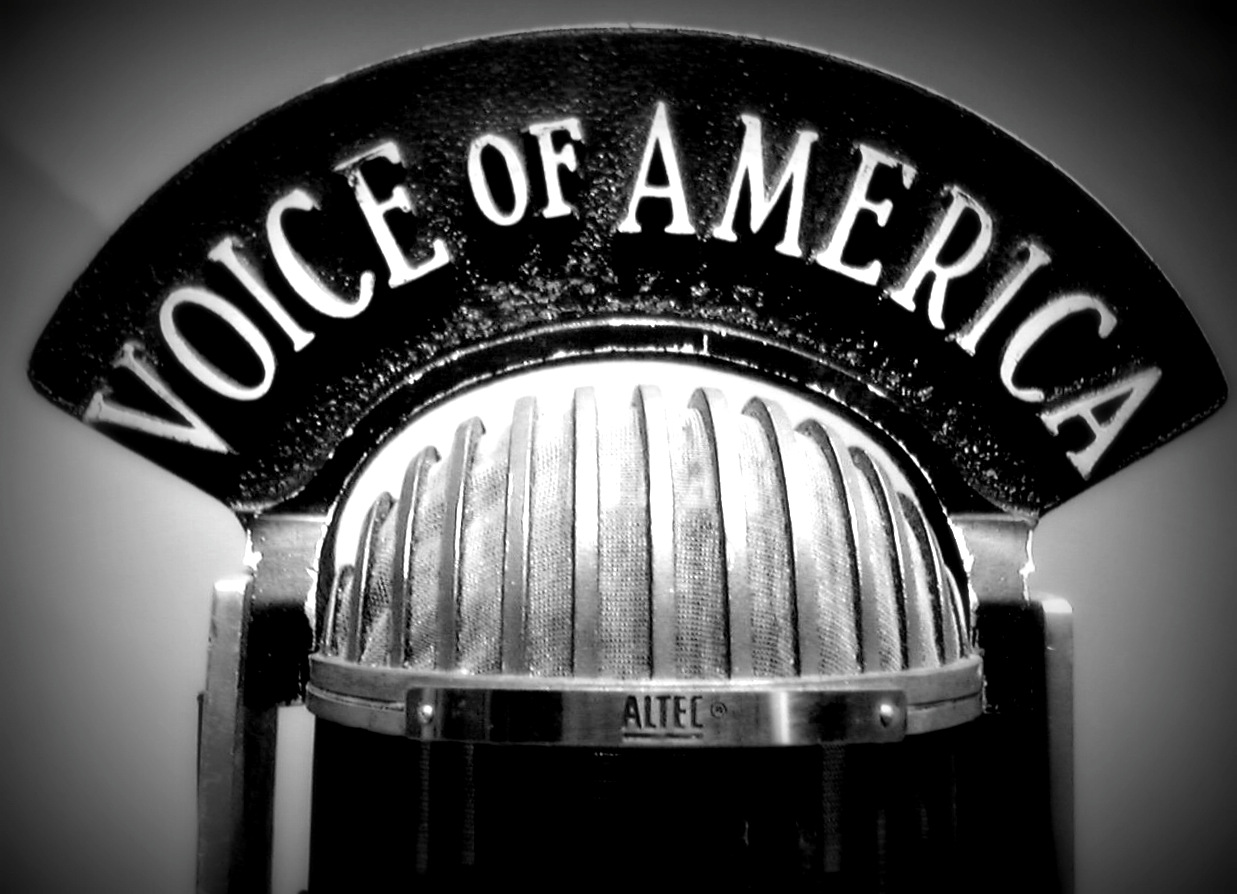 Wonderful behind-the-scenes tour at 330 Independence Ave, SW this morning. Watched a live VOA TV broadcast to Albania (in Albanian);  had a great control room view of operations and an extraordinarily unchallenged floor director. I was fascinated by the  size of the newsroom—think the better part of an entire city block.

Watched radio broadcasts and learned about VOA’s attempts to broadcast to North Korea and parts of China and Africa—shortwave is the only avenue available to the United States in areas that are hostile to outside media.

The history of the VOA covers WWII, the cold war, and continues into it’s entry into social media and the world of Twitter, Facebook, and Skype:

The Voice of America went on the air on February 1, 1942, fifty-six days after the Japanese attack on Pearl Harbor and the entry of the United States into WWII. The first broadcast was beamed to Europe via BBC transmitters.

From that moment, America had found its “voice” abroad, after entering the 1940s with no official presence on the international airwaves.

In mid-1941, prior to the U.S. entry into WWII, President Roosevelt established the U.S. Foreign Information Service (FIS) and named his speechwriter (and former playwright) Robert Sherwood as its first director. Driven by his belief in the power of ideas and the need to communicate America’s views abroad, Sherwood rented space for his headquarters in New York City, recruited a staff of journalists, and began producing material for broadcast to Europe by privately-owned American shortwave stations.