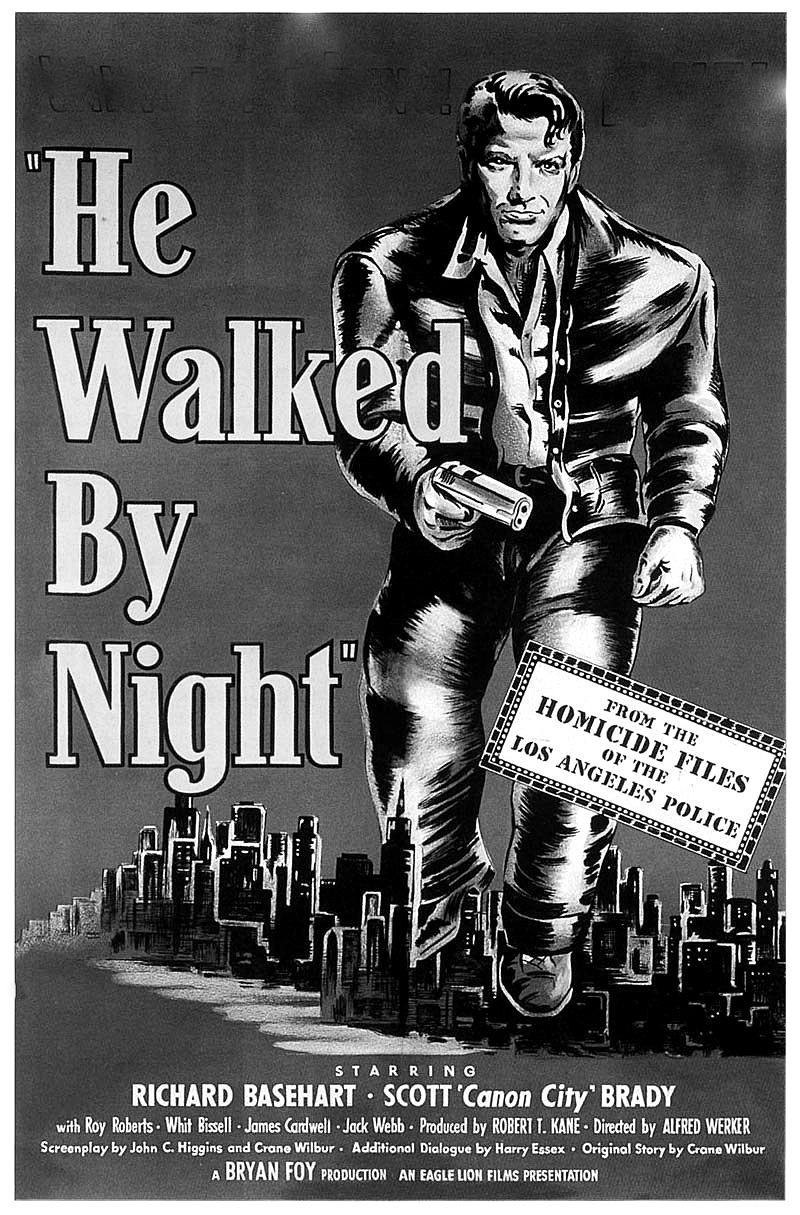 “Top credits for this film’s wallop is shared equally by the several scripters, director Alfred Werker and a small, but superb cast headed by Richard Basehart…Starting in high gear, the film increases in momentum until the cumulative tension explodes in a powerful crime-doesn’t-pay climax.

“Striking effects are achieved through counterpoint of the slayer’s ingenuity in eluding the cops and the police efficiency in bringing him to book. High-spot of the film is the final sequence which takes place in LA’s storm drainage tunnel system where the killer tries to make his getaway.

Narrator: They showed [the composite sketch] to the inmates of jails and prisons, to men with a wide acquaintance among the cat burglars and the violence boys, informers, con men, and sharpshooters – those on the fringe of crime and those deep in the rackets. Many wanted to help – nobody could! No one in the Underworld recognized that mysterious face. He was as unknown as if he had lived in the 16th Century.

“With this role, Basehart establishes himself as one of Hollywood’s most talented finds in recent years. He heavily overshadows the rest of the cast, although Scott Brady, Roy Roberts and Jim Cardwell, as the detectives, deliver with high competence. Film is also marked by realistic camera work and a solid score.”

He Walked by Night became a loose template for the radio and television series, Dragnet which premiered on NBC Radio on June 3, 1949 with an episode titled, Robbery.

He Walked by Night via Internet Archive