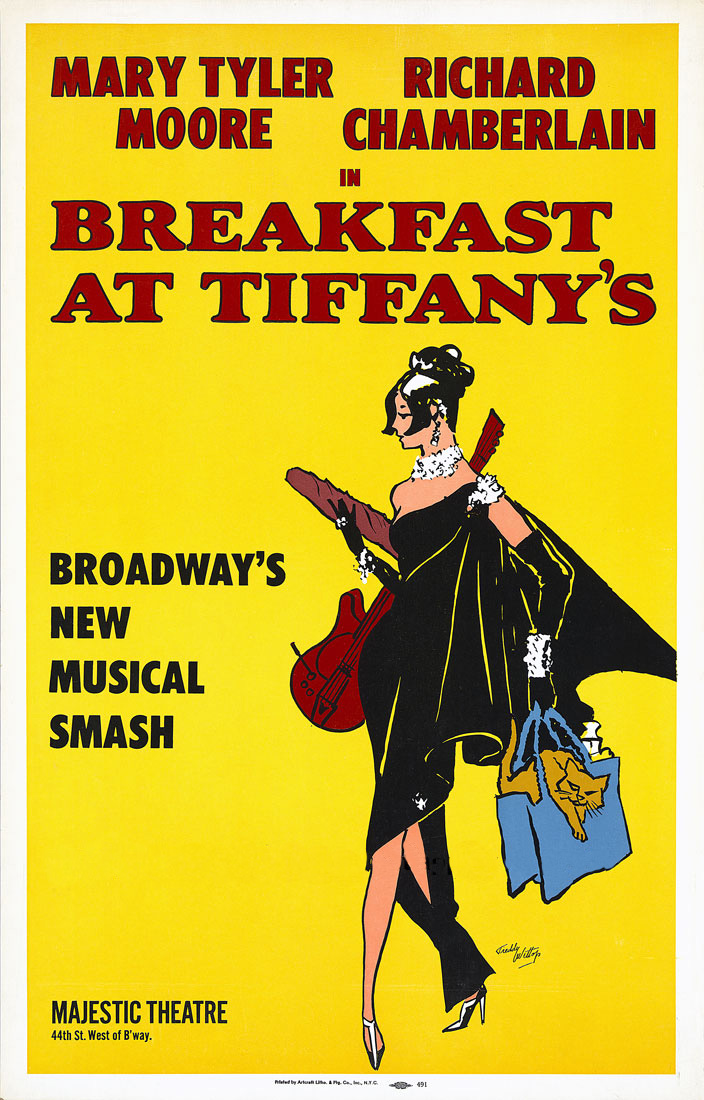 Despite having a book by playwright Edward Albee (Who’s Afraid of Virginia Woolf?, Finding the Sun), a score composed by Bob Merrill (People, Don’t Rain on My Parade), and a host of theatrical blue bloods with bold-face names behind the scenes, Breakfast at Tiffany’s—the musical—never actually opened on Broadway.

How could a production with so much talent behind it go so wrong? We may never fully know.

Merrick closed the show in previews because—being unusually forthcoming—he said, “We’re closing rather than subject the drama critics and the public to an excruciatingly boring evening.”

One of the original posters, printed prior to the show’s scheduled opening—with the word “SMASH!” now covered in yellow tape—hangs on “The Flop Wall” at the theatre district eatery for Broadway-types, Joe Allen Restaurant in New York 10019.