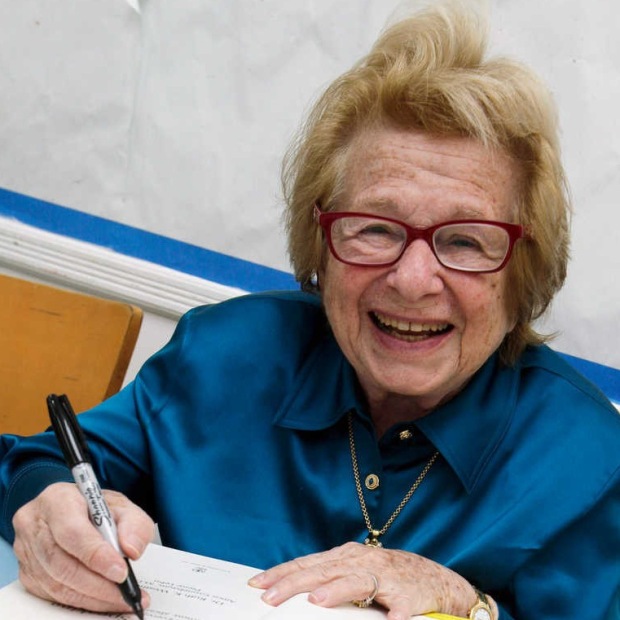 This could be a whole lot of fun. And, the winning bid supports the East Hampton Library.

Delight in an unforgettable lunch for you and your 3 favorite people with Dr. Ruth Westheimer at the beloved Sardi’s Restaurant in New York City. Warning: your friends will be clamoring for this invite!

Dr. Ruth Westheimer is the psychosexual therapist who helped pioneer the field of media psychology with her radio program, Sexually Speaking. It began in September of 1980 as a 15 minute, taped show that aired Sundays after midnight on WYNY-FM (NBC) in New York. One year later it became a live, one-hour show airing at 10 pm on which Dr. Ruth, as she became known, answered call-in questions from listeners. Soon, it became part of a communications network to distribute Dr. Westheimer’s expertise, which has included television, books, newspapers, games, home video, computer software and her own website, DrRuth.com.

Bid, but beware. Dr. Ruth isn’t known for her polite, lunchtime chatter. I leave you with two of her quotes:

When I was in my routine training for the Israeli army as a teenager, they discovered completely by chance that I was a lethal sniper. I could hit the target smack in the center further away than anyone could believe. Not just that, even though I was tiny and not even much of an athlete, I was incredibly accurate throwing hand grenades too. Even today I can load a Sten automatic rifle in a single minute, blindfolded.

Bid. Win. And order the steak tartare—she’s sure to question your choice of meat.