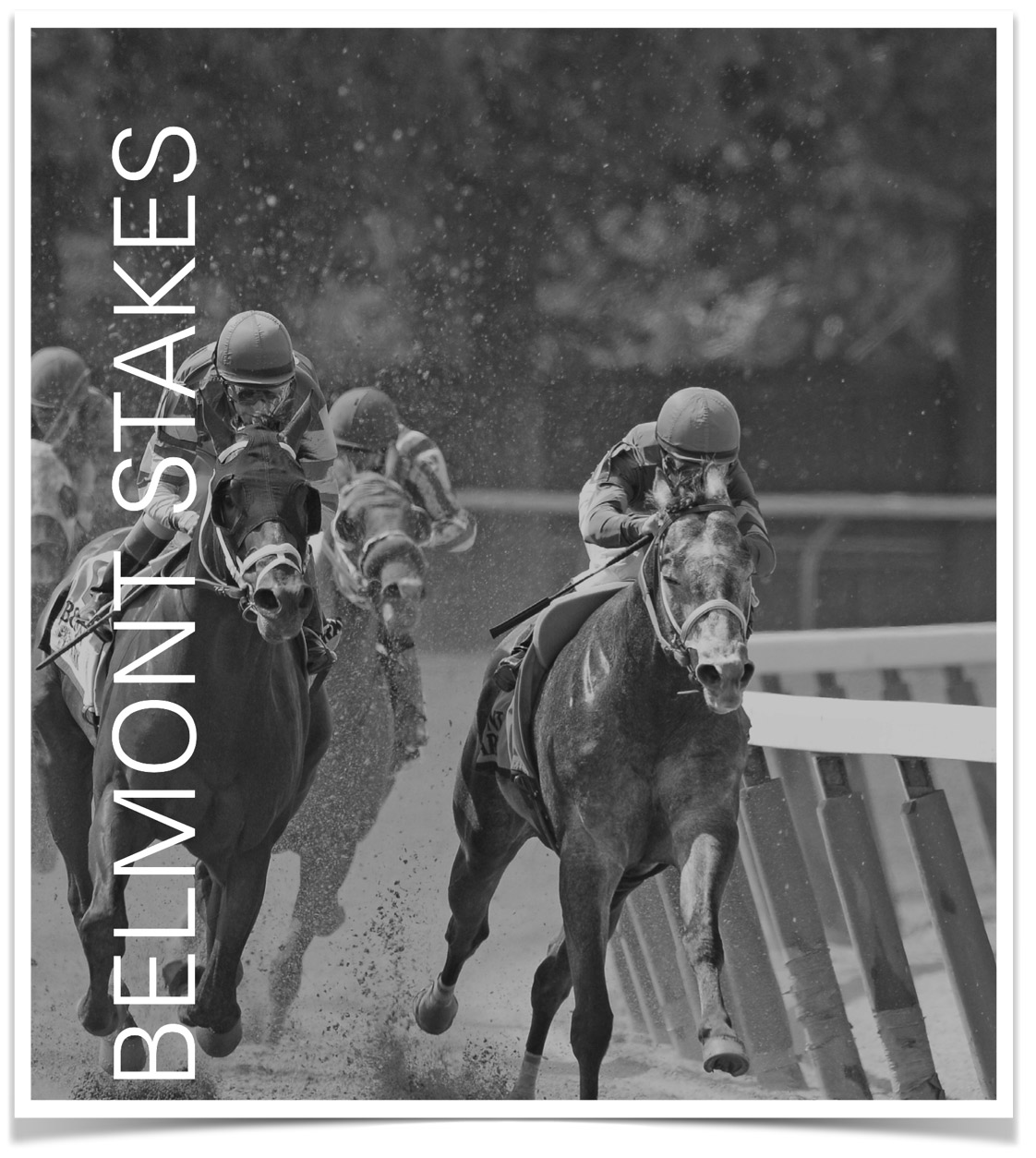 It’s all here. Facts, figures, minutiae, and more. Click, read, learn, and astound your horsey friends with your in-depth knowledge of all things Belmont Stakes!

This sample of the content is just the tip of the iceberg. Enjoy!

FIRST RUNNING
The rst running of the Belmont Stakes in 1867 at Jerome Park took place on a Thursday. The race was 1 5/8 miles long and the conditions included “$200 each; half forfeit, and $1,500-added. The second to receive $300, and an English racing saddle, made by Merry, of St. James Street, London, to be presented by Mr. Duncan.”

FOURTH OLDEST IN NORTH AMERICA
The Belmont Stakes, rst run in 1867, is one of the oldest stakes races in North America. The Phoenix Stakes at Keeneland was rst run in 1831, the Queens Plate in Canada had its inaugural in 1860, and the Travers started at Saratoga in 1864. However, the Belmont, which will be run for the 148th time in 2016, is third to the Phoenix (164th running in 2016) and Queens Plate (157th running in 2016) in total runnings. The Travers has had gaps in its history and its 147th running will be on August 27, 2016.

MOVED TO MORRIS PARK
In 1890, the Belmont, named for August Belmont I, was moved from Jerome Park to Morris Park, a 1 3/8-mile track once located a few miles east of what is now Van Cortlandt Park in The Bronx. The Belmont Stakes was run at Morris Park until Belmont Park opened in 1905.

FIRST RUN COUNTER-CLOCKWISE IN 1921
The 1921 Belmont was the rst to be run in the counter-clockwise direction; the 53rd running was a 1 3/8-mile race over the main course. Previous renewals had been run clockwise, in accordance with English custom, over a sh-hook course that in- cluded part of the training track and the main dirt oval.

FIRST POST PARADE
The first post parade in the United States came in the fth running in 1871.