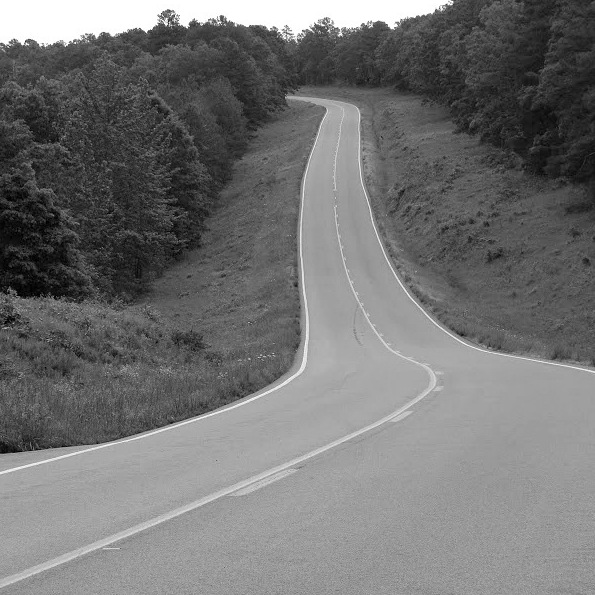 I’d packed my bag the night before.

Before I headed out, I set the thermostat to 80 degrees—the house would be empty for a while and air-conditioning, with electricity being more expensive in Kansas in July than in any other month, wouldn’t be needed. I took four days of trash out to the garage for pickup—eldercare had left no time for cooking, so it was mostly soda cans and pizza boxes. I turned off the ceiling fans and the lights and made sure that the window and door locks and deadbolts were set.

I left the keys in the mailbox for Shirley, my mother’s tenant in the house next door, to retrieve and hold for safe keeping.

At 5:20 the morning the sky was overcast and dark as ink—the moon had dropped below the horizon a couple of hours earlier. Stars were hidden behind the clouds. There wasn’t even the suggestion of a breeze. The temperature was just 65 degrees, yet the humidity was suffocating.

I drove East on Main Street. The speed limit in downtown Council Grove is 20 mph and I complied. I even slowed down a bit as I looked at the imposing Farmers and Drovers Bank on the southwest corner of Main and Neosho Streets—my family has banked there for nearly 150 years. My sister and had I initiated a couple of transactions there the previous Saturday morning for our mother.

I crossed over the Neosho River bridge and into the part of town that locals call “the East side,” where the speed limit slowly increases. I passed Ray’s Apple Market on Main and 2nd Street; then 6th Street, home of the Saddlerock Cafe and the spot where the old ice house used to be when I was a kid; and finally I drove past the fork in the road where the original Highway 56 veers north—I was born in the white-frame Council Grove Hospital on that north fork. That hospital was torn down decades ago. The new Highway 56 runs straight east and I was on it.

Soon I was traveling at brisk 30 mph. Then 35. Once past the city limits, Main Street becomes U.S. Route 56 and traffic—when there is traffic—can hit a respectable 60 mph. The road is a two-lane asphalt affair with narrow shoulders. It runs, like a black ribbon, through the peaks and valleys of the Flint Hills and is intersected every mile or so with gravel farm roads that run north and south. Much of the road follows the Santa Fe Trail. Twenty-four miles east of Council Grove, Route 56 provides access to the Kansas Turnpike. The Turnpike would get me to the Kansas City Airport in about two and a half hours. There, I’d drop off the Alamo rental car, take a shuttle bus from the rental car building to the air terminal building, go through security screening, head to the gate and wait. Getting from Council Grove to Baltimore—and vice versa—can often take the better part of a day.

I’d been driving due east for about 20 minutes and I was thinking about my car rental experience. I’d reserved a small, sporty convertible. But, when I’d arrived at the Alamo counter the previous Thursday, they didn’t have one available. They also didn’t have anything sporty with GPS navigation. The agent said, “I don’t suppose I could I interest you in a large premium car with GPS and leather interior for the same price, could I?”

I asked what other options were available. Her answer wasn’t favorable; I took the grey metallic Cadillac CT6. It was a beast of a car and had GM’s Super Cruise semi-autonomous driving technology.

My trip took a turn.

Heading up a hill, about 5 miles from the entrance to the Turnpike, luminous stripes of deep red and blue began to appear on the horizon as a signal of the approaching sunrise.

The hill gave way to a short, straight run of road with dense clusters of trees on both the north and south sides of it. It had been a stressful few days and I was looking forward to getting back to Baltimore when, in a flash, the dark road ahead changed into a sweet, fawn-colored face. Illuminated only by the headlights, the face appeared directly in front of me, turned slightly—and froze. Those beautiful large brown eyes, glowing a firey-green from the headlights will haunt me for a long time.

Multiple events happened within a couple of seconds. The impact seemed softer than I’d expected. The passenger-side air bag deployed with a sharp snap. I saw the deer’s carcass roll three or four times down the road ahead of me. My foot, full stop on the brake was overtaken by the car’s emergency braking system. I gasped just before the car hit and ran over the carcass once again. I began to see the world in slow motion. The car came to a controlled stop. The engine was still running.

I turned onto one of the unpaved farm roads to assess the damage. The front end of the car had shifted up and backward; the grill was gone except for a few fragments that were now imbedded in the radiator. One headlight was gone. Both the right and left fenders were crumpled. But, the engine continued to run and the tires seemed ok.

By now, the sun was peeking over the hills in the distance. Down the farm road came a man in an oxidized red pickup truck. It was a Ford. He stopped next to me, leaned out the window, surveyed the situation, and said, “You doin’ ok?”

He looked at the car and then back at me and said, “Nope. Nothin’ to do. If you can drive ‘er, you can just go on about your business.”

For the next two and a half hours, I drove toward Kansas City watching the temperature gauge more than the speedometer. I was accompanied by a constant, rhythmic, metallic thumping from somewhere on the right side of the car.

Later, waiting for the Southwest flight from MCI to BWI, I reflected on a couple of game-changing points that I’m still considering:

I’d most likely be dead.

One thought on “On a dark, rural Kansas road: The morning that I killed a beauty, I could have died.”