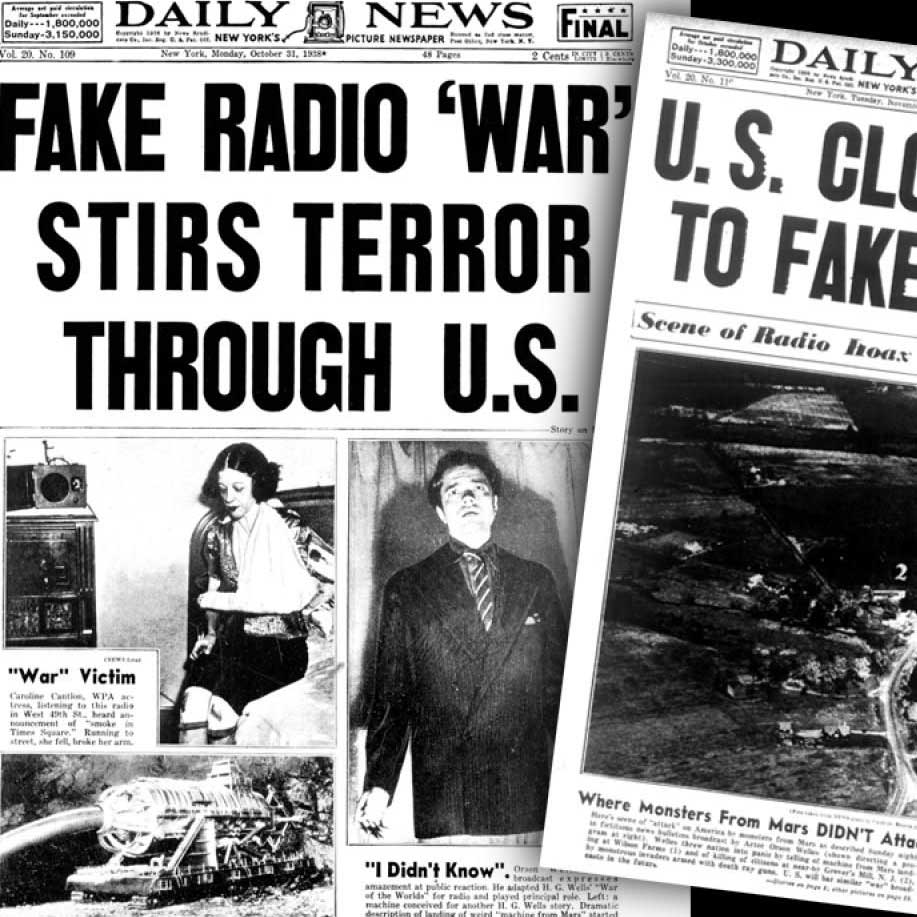 The War of the Worlds, the 17th episode of the radio drama series The Mercury Theatre on the Air, was performed on a Sunday night in October 1938. It aired over the CBS Radio Network. Directed and narrated by actor and future filmmaker Orson Welles, the radio play was an adaptation of H. G. Wells’s 1898 novel The War of the Worlds.

The first 40-minutes of the hour-long broadcast were presented as a series of simulated news bulletins, which suggested to many listeners—especially those who tuned in after the show’s opening theme music and announcements—that an actual alien invasion by Martians was currently in progress. The belief that what they were hearing was real news was enhanced by Mercury Theatre on the Air being a sustaining show (it ran without any commercial interruptions). Lack of ads made the program seem like an actual broadcast.

In the days following the airing of the show there was widespread outrage. The program’s news-bulletin format was described as cruelly deceptive by some newspapers and public figures, leading to an outcry against the perpetrators of the broadcast. Despite these complaints, the episode secured Welles’ fame as a dramatist.

And Halloween is all the better for Welles’ genius. Turn down the lights, turn up the volume, sit back, and enjoy, it never gets old.

#Best Recording#Halloween#history#OTR#War of the Worlds

One thought on ““Fake News” ruled the airwaves on the night of October 30, 1938. Here’s a recording of the broadcast.”