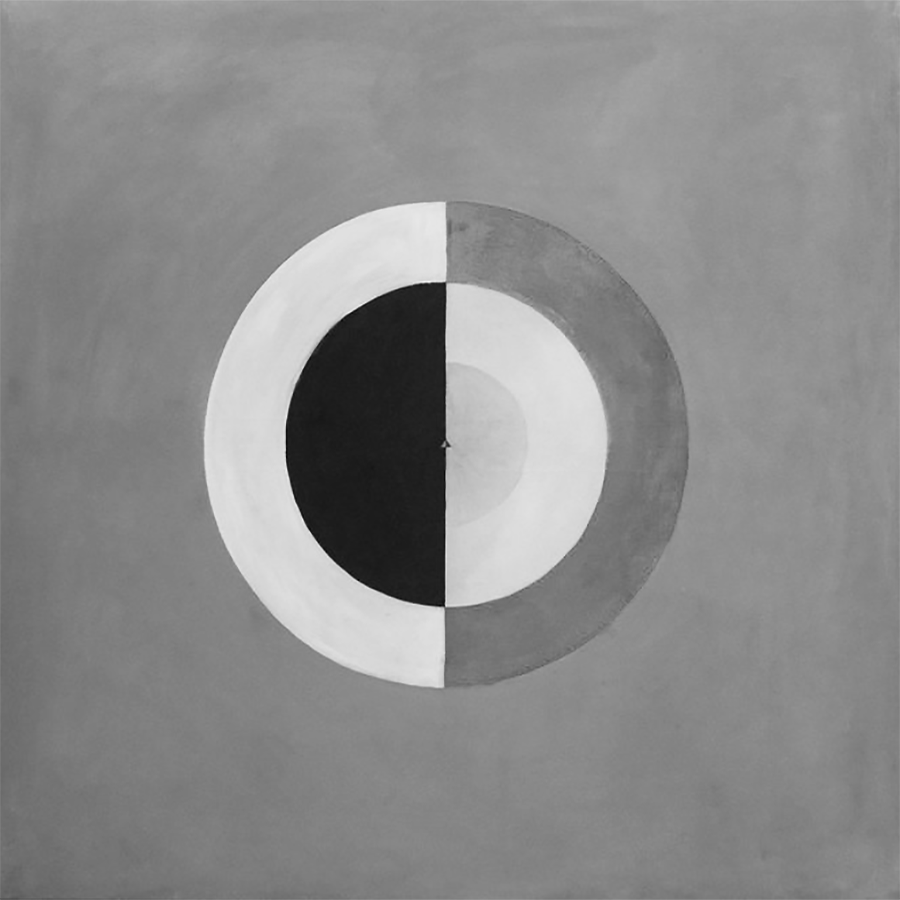 Hilma af Klint was born in Stockholm in 1862. Af Klint started to create radically abstract paintings in 1906—years before Vasily Kandinsky, Kazimir Malevich, Piet Mondrian, and others would succeed in voiding their own artwork of representational content. Yet while many of her better-known contemporaries published position papers, statements of purpose, promoted, and exhibited widely, af Klint kept her groundbreaking paintings largely private.

She died in 1944 without fanfare. More than 60 years have passed.

Strike up the band.

Hilma af Klint: Paintings for the Future, the first major solo exhibition in the United States devoted to the artist, is on view October 12, 2018–April 23, 2019, at the Guggenheim,
New York—with the cooperation of the Hilma af Klint Foundation, Stockholm.

On the occasion of the exhibition Hilma af Klint: Paintings for the Future, see the U.S. premiere of a chamber opera about Swedish artist Hilma af Klint, inspired by her unique body of spiritual works. Directed by librettist Mira Bartov, HILMAhighlights pivotal moments from af Klint’s life, and features costumes by

Join us for cocktail hour at The Wright restaurant from 5:30-7:30 pm before the April 16 performance.

A new documentary, Beyond the Visible: Hilma af Klint is now available for online streaming via Kino Marquee. Kino Marquee is a new initiative that creates virtual theaters for art-house cinemas temporarily closed by concerns around the coronavirus. The site will allow theatres to offer their audiences an opportunity to see at home the films that would otherwise be playing on the big screen.

The documentary is available for $12 and provides you with a five-day pass to screen the film. While I haven’t seen the film yet, the reviews are coming in. And, they are strongly positive.

“CRITIC’S PICK. Bristles with the excitement of discovery and also with the impatience that recognition has taken so long.  It refreshes the eyes and the mind.”
– A.O. Scott, The New York Times

“An illuminating articulation of the era’s social and cultural complexities.  It’s more than worth a look — not only for its careful illumination of the artist’s biography, plus an abundant representation of her luminous paintings but for the way in which it exposes the obstacles af Klint and her legacy faced”
– Christopher Knight, LOS ANGELES TIMES

BEYOND THE VISIBLE – HILMA AF KLINT