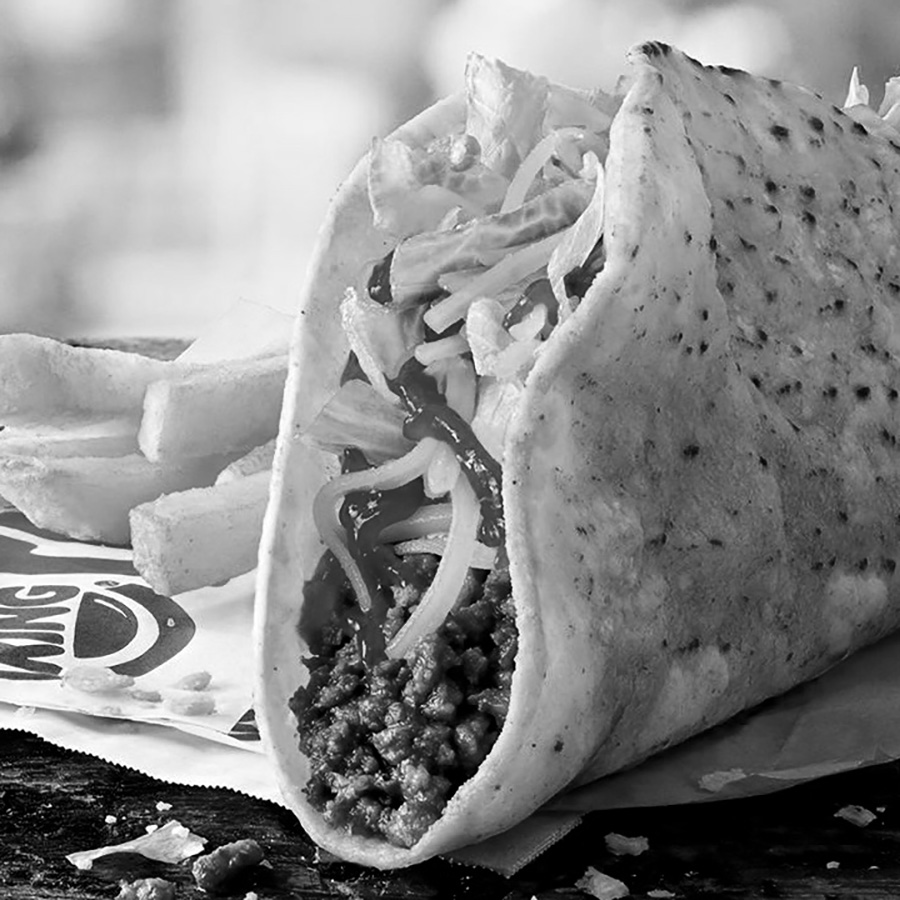 Jacob and I love tacos.

From local fast food joints to top-shelf restaurants across the U.S., to street tacos sold from colorful carts or by people working in the shadows behind walk-up-to windows in Mexico, I’ve pretty much tried—and enjoyed—every version of every taco

I’ve found. But, thanks to Jacob (and hundreds of other reviewers) who got to Burger King before me this month, I won’t be trying the newest BK creation.

Burger King’s marketing image of their new $1 taco looks pretty tasty, both online and in print. Notice the puffy, airy shell and the end-to-end filling of ground beef? Light on the lettuce, cheese, and sauce. Nice, huh? You can almost feel the crunch and taste the flavors mix in your mouth, right?

Well, don’t get too excited just yet.

Burger King’s actual tacos look nothing like the ones in their ads and folks across the country are blasting out their astonishment and displeasure with the actual product. Delish’s Megan Schaltegger, filed one of the first, and most illustrative reviews of the uh-oh taco. Here’s her photo (courtesy, Delish) of Burger King’s tough, greasy, gross-looking concoction.

Social media is buzzing. Jose English from Offutt Air Force Base, Nebraska is among the hundreds who have chimed in on Twitter:

Kate Thompson writes for Thrillist, “If you’re a masochist and would like to try out Burger King’s latest taco offering, they’re available only for a limited time. But if you love yourself and respect tacos, maybe try a different spot…”

Business Insider’s Irene Jiang reports, “The gap between advertising and reality was just too wide to stomach. The taco’s insides were a gooey, disappointing, confusing mess, and the outside was no better.”

The review that meant the most to me, however, was the most straightforward.

When I picked Jacob up at the Mt. Washington light rail station yesterday, he said, “The tacos we talked about? I bought ten and threw nine and three-quarters in the trash.”