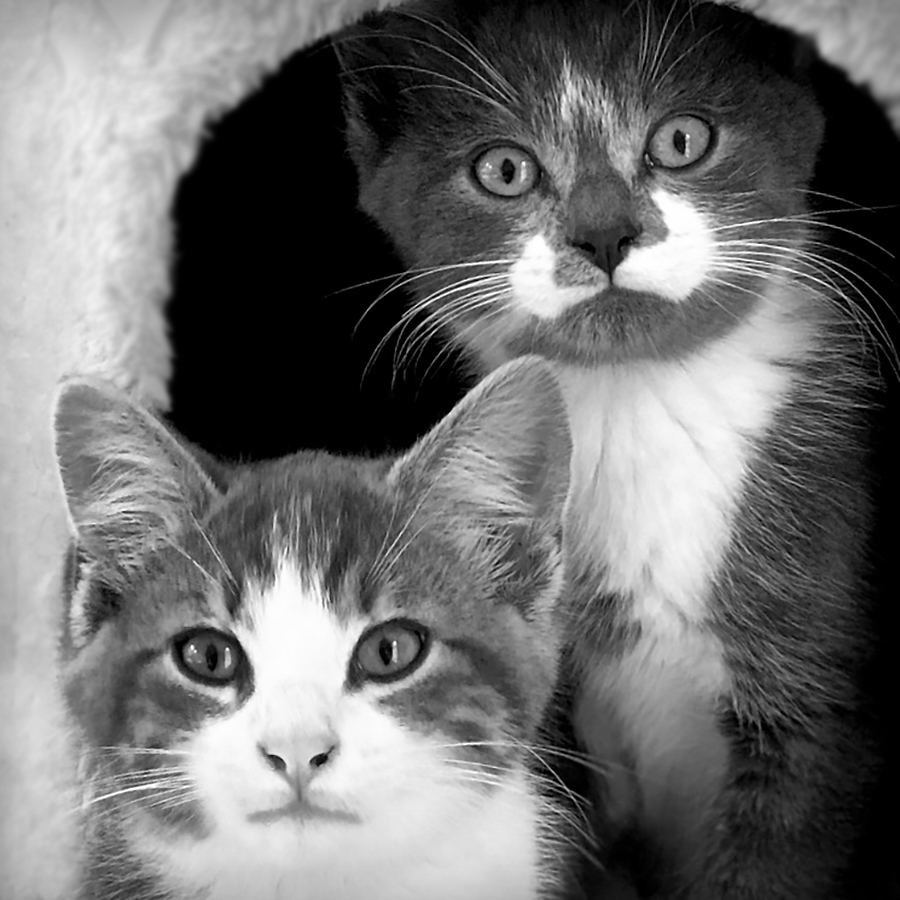 A few weeks ago, Jacob and I decided we’d been kittenless for far too long.

Old age stole the loves of our lives, Mr. Oliver last January and his sister Margaret, some months before. And, it took us quite a while to regroup. A couple of weeks ago we decided that it was time to bring another couple of family members into our home.

We first considered putting a deposit on a pair of yet-to-be-born ragdoll kittens.

Ragdolls are a gorgeous breed, and their temperament is off-the-charts sweet. But after some long discussions, we kept coming back to the idea of how much good we could do (with the price of two entry-level ragdolls being around $4,000) for other kittens and cats who, already in shelters, needing a forever family.

Our timing—and thinking—was right on the mark. July is prime kitty season, and shelters associated with the Baltimore Animal Welfare Alliance (BAWA) were supporting a campaign that got our undivided attention: Maryland 2000.

The Maryland 2000 initiative waives feline adoption fees with a collective goal of finding homes for at least 2,000 homeless cats and kittens across the state in July.

We took a look at the gallery of available cats and kittens available, we visited shelters, and we found our boys. It was love at first sight.

Their foster mom named them Buster and Lou. We’re still learning their personalities, but we’re pretty sure those names won’t stick—Jacob had a car named Buster and I had a drunk uncle named Lou.

UPDATE, August 18—The boys (Baxter and Louie) have grown larger and even closer together.