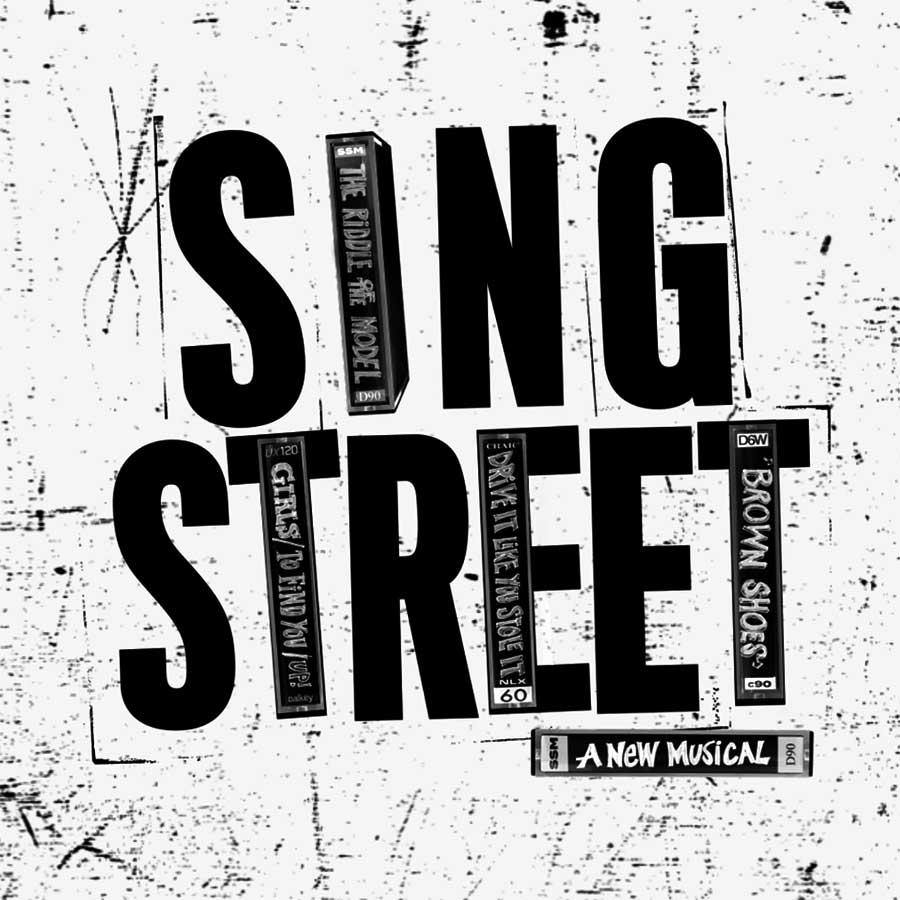 I have high hopes for this show.

Ben Brantley writes in The New York Times, “A boy presses ‘play’ and the world goes away. That everyday magic act takes on fresh, senses-stirring life in Sing Street.”

Sing Street takes place in 1882 Dublin, a time when it seemed as though everyone was out of work. Thousands were seeking bluer skies and better futures across the Irish Sea. Sixteen-year-old Conor and his schoolmates turn to music to escape troubles at home while trying to impress a mysterious girl. With a score that embraces the new wave sounds of the era, Sing Street celebrates the thrill of first love and the power of music.

I’m especially fond of the show’s tagline: Find Out Who You’re Meant to Be. (Like a lot of kids, I was trying to find out who I was meant to be for much of my early life.)

The stage adaptation of the 2016 movie, Sing Street, opened at New York Theatre Workshop last year and ran for an extended schedule. The musical features a New Wave score from Carney and Gary Clark, a book by Tony winner Enda Walsh, and choreography by Sonya Tayeh. Tony winner Rebecca Taichman is the show’s director.

The cast is fresh, off-the-charts talented, and more than just impressive, they look to be award winners. If not for this production, for all of the many shows in their futures.

Previews are scheduled to begin March 26 at the Lyceum Theatre and opening night is set for April 19.

Here’s a look behind the scenes.

You can learn more by visiting the show’s website, SingStreet.com. I encourage you to follow this show. It well could add a new dimension—as Hamilton did—to the lexicon, to the scope of American Musical Theatre.

I’ll see you at the Lyceum.