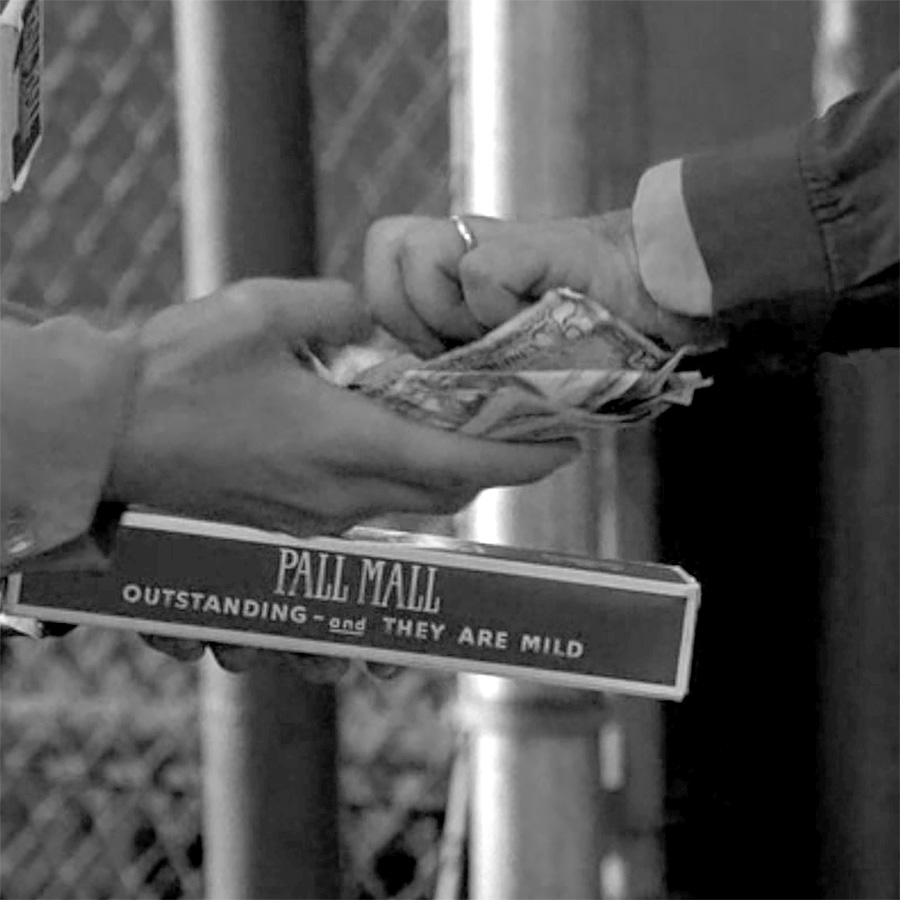 A few days ago, I was watching Goodfellas and a scene from the movie brought back a tasty memory from nearly 50 years ago. In the movie, Pall Mall cigarettes were sort of “falling off the back of a truck.” (Yeah, what they were doing was illegal, but it was also kind of sexy in a sleazy, back-alley, cheap underworld sort of way.)

In the early 70s, I lived on Manhattan’s Upper West Side. I was a working actor, but my day-to-day, bread-and-butter job was running a little penny candy store on West 10th Street in Greenwich Village.

Discovered early on by New York Magazine, the publication featured the store and me in their February 7, 1972 issue., 101 Signs that the City Isn’t Dying. The Penny Candy Store became an evening destination for tony uptown folks who came downtown for dinner, drinks, a play, or just to slum around.

Each day, I opened the store at 1 PM. Business during the early afternoons was slim to none and those were the quiet hours when I read casting notices, looked at play scripts, and called my manager. After that, I dusted and stocked penny candy and vacuumed.

On a summer afternoon in ’72—just before dusting time—a 30-something guy wearing a super-tight gray t-shirt and well-worn 501s darted into the store. He was short, maybe 5’6″, dark, a little rough looking, and extremely muscular. He didn’t seem menacing as much as he seemed completely out of his element. It was like he was doing something he’d never done before. He didn’t seem confident; he was out of breath. He had big brown eyes.

He said, “Hey. I got some food on a truck. Gotta get rid of it. ‘S cheap, wha-da-ya want?” (His Italian accent was absolutely musical.)

I was intrigued, so I did. I locked the door to the shop and followed that little fireplug of a guy half a block down West 10th Street.

He opened the doors on the back of a refrigerated box truck and icy-cold air rushed out at me. I saw stars, but they weren’t from the cold blast that hit my face that hot summer afternoon. The truck was full of exotic foods from around the world. The cartons and cases sported brightly colored labels in dozens of languages. I looked up and saw hams from Spain hanging from a long rod. As I scanned the goods, I noticed a small stack of cartons near me in a corner of the truck. The cartons were labeled in a strange script I later learned was Persian and English. One word caught my attention: CAVIAR.

I’d never tasted caviar, but I’d read about it and I knew, from restaurant menus, how expensive a serving was.

“How much for one of these?” (I was asking how much one tin would set me back.)

He picked up a full case of 12 tins and said, “Five bucks, ya take it.” I ran a fast mental inventory of my wallet.

“How about I give you seven dollars for two?”

My heart was pounding. I handed him the contents of my wallet, and he handed me two cardboard cartons. I knew I was involved in something criminal, and honestly, it was an exciting moment. With cases under my arm, I scurried back into the store, put the boxes near the air conditioner, and called Joe Manganello, Penny Candy’s owner.

“Hi Joe. I’m going to have to close the store for an hour or so and go home and then I’ll come back. I’ll open it up again by 4.”

“I just bought two cases of caviar off the back of a truck. I’m pretty sure it’s from Russia; I need to keep it cold.”

For me, caviar was love at first bite. The autumn months of 1972 were punctuated with meals of little salty-buttery black beads on scrambled eggs, on potatoes, on buttered noodles, on crackers with sour cream, and on little buckwheat blinis that I’d learned to make from a recipe of Zabar’s.

It’s been nearly 50 years since my “it-fell-off-the-back-of-a-truck” caper, and I still relish caviar. While today I’m an investor in a sustainable caviar producer-distributor, not one bite of the wee black eggs has ever tasted quite as wonderfully thrilling, as precious, nor as exotically dangerous as the Beluga I ate in my studio apartment on West 75th Street so very long ago.