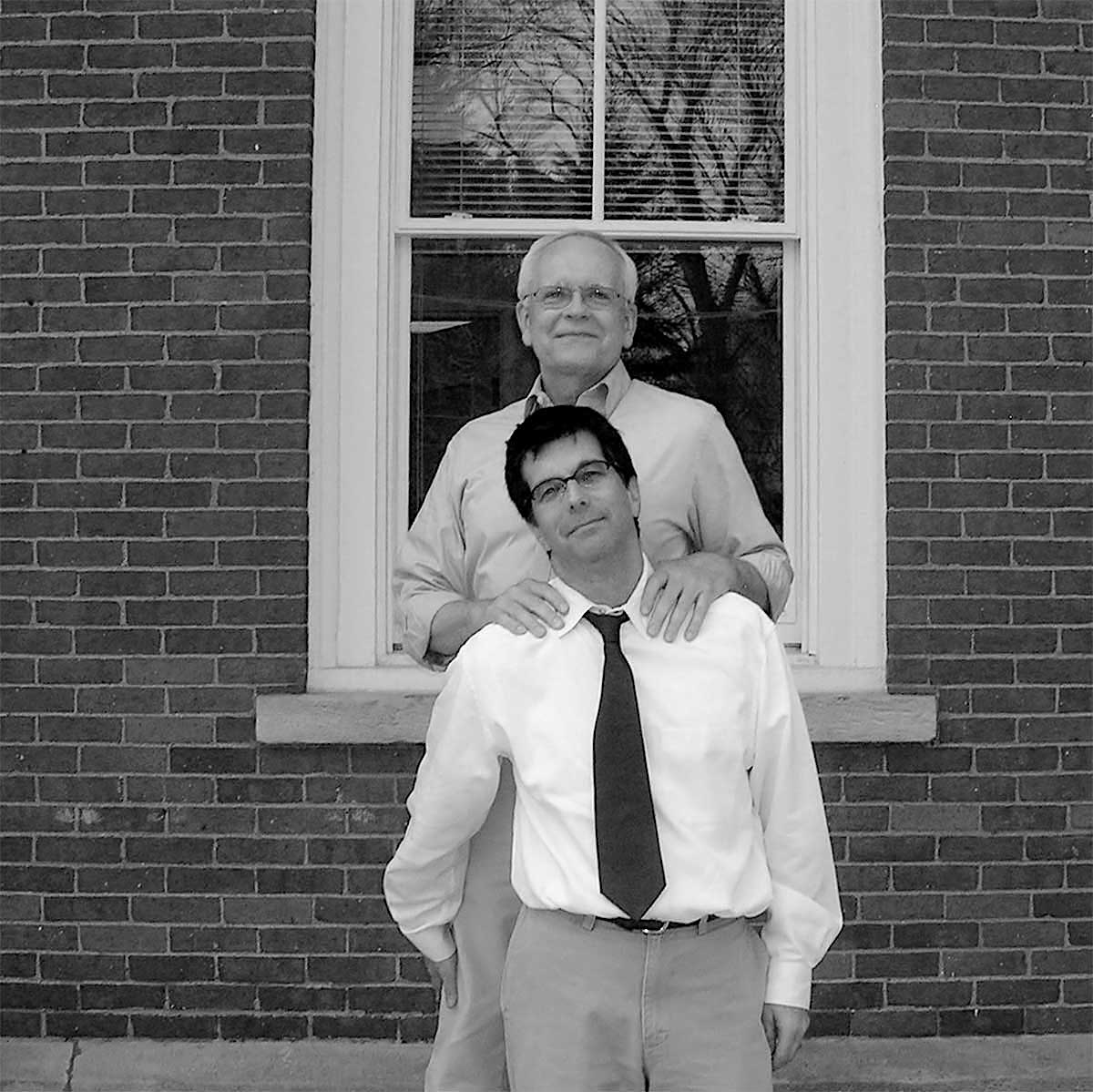 When I was going to theatre school in New York in the 70s, I’d go to gay bars on the weekend, and more often than not, there’d be an older guy or two at a table or at the end of the bar telling tales to a big group of starry-eyed kids. (I’ll note that when you’re in your early 20s, all guys 40 and up are “older.”) Those cool storytellers were referred to—affectionately, if not lovingly—as show queens.

Show queens knew the lay of the Broadway landscape. As dance captains, stage managers, costumers, and publicists, they were working in the business and seemed to have an endless supply of stories about the stars who worked on the Great White Way. In bar parlance, when they were telling stories, they were “holding court.”

These theatre storytellers all had a few things in common—they had a twinkle in their eyes, great smiles, and infectious laughter.

I was reminded of all of that last week when I discovered Gary Gunas and Billy Rosenfield and their website, Old Show Queens.

Gary and Billy have been together for 42 years and are both celebrated Broadway veterans. Gary, a producer/general manager, and Billy, a recording executive/playwright, are currently regaling visitors with stories about the shows and people they’ve been involved with over the course of their long careers and life together. And it’s an absolute joy to watch them. I’m certain you’ll agree. Here’s a sample:

Visit their website to learn more about Gary and Billy and see a list of all 13 episodes of their video series. You’ll also likely want to visit them on YouTube.

(Andrew Gans, February 23, 2021) Theatre producer Gary Gunas, most recently represented on Broadway with the 2000 Lynn Ahrens and Stephen Flaherty musical Seussical, passed away on February 22 at his home in London. He was 73.

Born in Manchester, Connecticut, on May 26, 1947, Mr. Gunas began his career Off-Broadway in 1969 as an apprentice company manager for the musical Promenade. In the ’70s, he became company manager, associate general manager, and eventually general manager at Marvin A. Krauss Associates, where he worked on Broadway shows and tours, including Godspell, American Buffalo, Beatlemania, Dancin’, Woman of the Year, Dreamgirls, and La Cage aux Folles as well as revivals of Gypsy (starring Angela Lansbury), Richard III (starring Al Pacino), and Death of a Salesman (starring Dustin Hoffman).

From 1993 to 2001, he executive-produced several Broadway musicals, including The Who’sTommy, Jekyll & Hyde, Ragtime, The Civil War, and the aforementioned Seussical. Mr. Gunas subsequently relocated to London in 2002 and worked for Clear Channel’s U.K. office. His final producing credits before retiring in 2005 included the world tour of Matthew Bourne’s Swan Lake, U.S. tours of Cats and Starlight Express, and a European tour of Fosse.

Mr. Gunas and his husband, playwright and record producer Bill Rosenfield, were also featured in the Playbill video series Old Show Queens. A couple for over 40 years, the two had not only front-row seats for some of the biggest hits of the second half of the 20th century but also an insider’s view of what was going on backstage. In the multi-part series, they shared their memories of the end of the Golden Age of Broadway from their home in London with interviewers Andrew Hawkins and Tony winner Jeff Marx.

In addition to his husband, Mr. Gunas is survived by two brothers. No memorial service will be held. Contributions in his name may be made to Broadway Cares/Equity Fights AIDS.