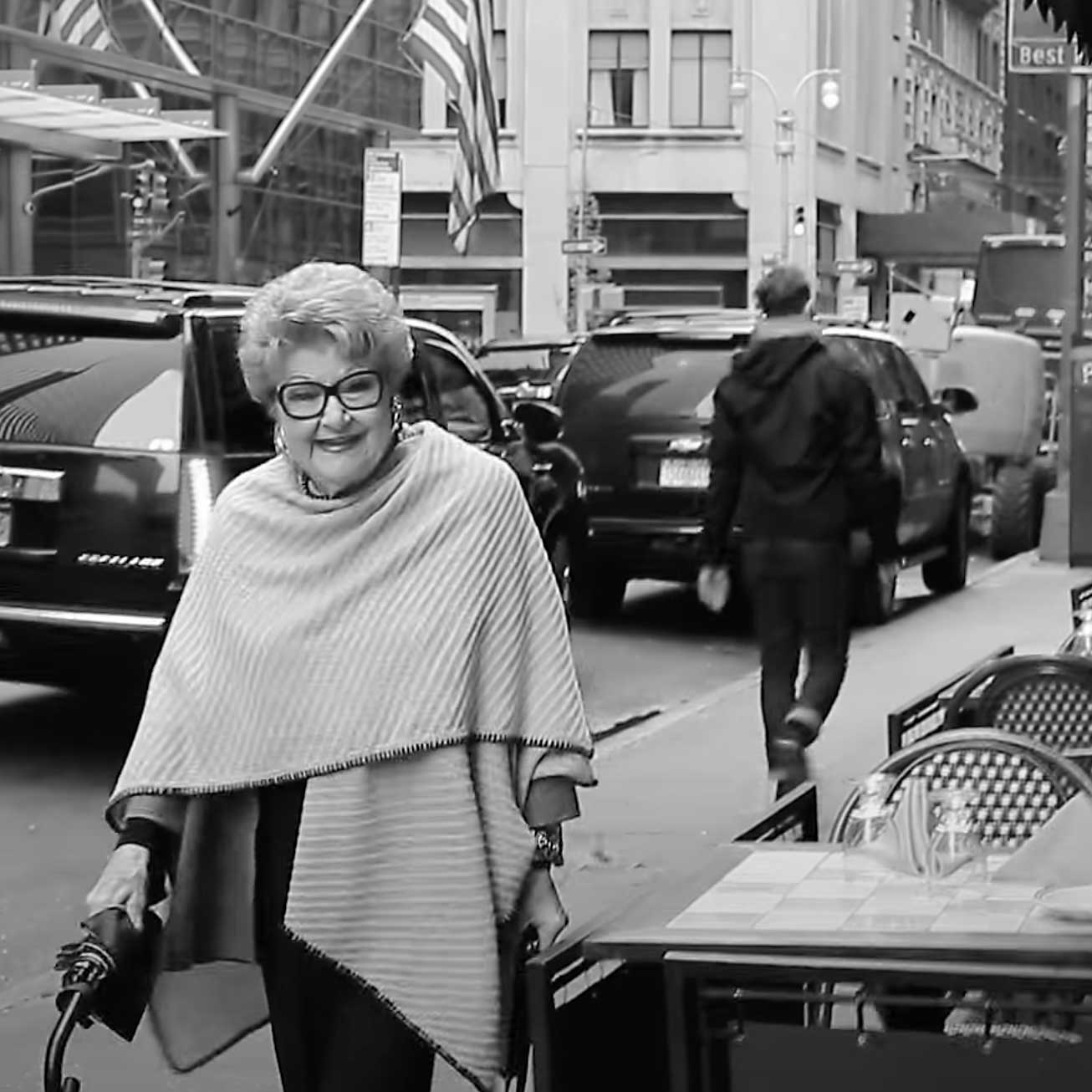 Long before sunrise on a Sunday morning 50-some years ago, I walked into the music library at KARD FM in Wichita, Kansas and found a stack of new albums that needed to be listened to, cataloged, and annotated with a short description of the type of music on each cut: uptempo, lush, ballad, vocal, male, female, choral, duet—categories like that. I was a junior at Southeast High School and nights—Monday through Friday—I hosted a four-hour dinner-music show on the station. I had short on-air shifts on the weekends and on Sunday mornings I updated the library with the new albums the station had received from music publishers and record labels over the previous week.

In the stack of LPs, I found an RCA Victor album titled The Happiest Sound in Town. Listening to it, I discovered Marilyn Maye—a singer whose voice, delivery, and musical storytelling continues to bring me joy to this day.

Reading the background sheet included with the album, I learned that Maye was a fellow Kansan, born in Wichita in 1928, and was living in Kansas City where—many years earlier—she’d come to the attention of Steve Allen. He invited her to perform on his television show, Tonight. Shortly after that appearance, she was signed by RCA Victor. And Tonight became the Tonight Show with Johnny Carson where she appeared a record-breaking 76 times.

If you don’t know Miss Maye—or even if you do—watch this video. She’ll steal your heart with her kindness and approachability and blow you away with her extraordinary talent and accomplishments.

A few days ago, I received some great news in an email from Feinstein’s/54 Below in New York. Called Broadway’s Living Room, 54 Below will be streaming a new concert that Maye recorded this month—on her birthday.

From the email, “Marvelous Marilyn Maye returns to her home away from home to premiere a dazzling new show—online. While her annual April engagement at Feinstein’s/54 Below is postponed until the club reopens, we mark this legendary singer’s 93rd birthday with a virtual performance filmed the very week of her birthday. In this concert, Marilyn and her world-class jazz trio present Great American Songbook material from Broadway shows.

“Selected from various starring roles throughout her career, the songs are a tribute to the iconic performer’s connection with the music from Broadway’s Golden Age. Enjoy a sensational evening of songs and stories with one our greatest cabaret artists.”

I have my steaming tickets and I can’t wait for an evening with this super-talented lady. Join me, will you? Here’s how to get yours.

A closing tune.
A true animal lover, Maye adjusted her intro to Melissa Manchester’s Come In From the Rain for The Humane Society of New York’s Best in Shows benefit at Feinstein’s/54 Below. Accompanied by Seth Rudetsky, she touched the house on October 14, 2019.