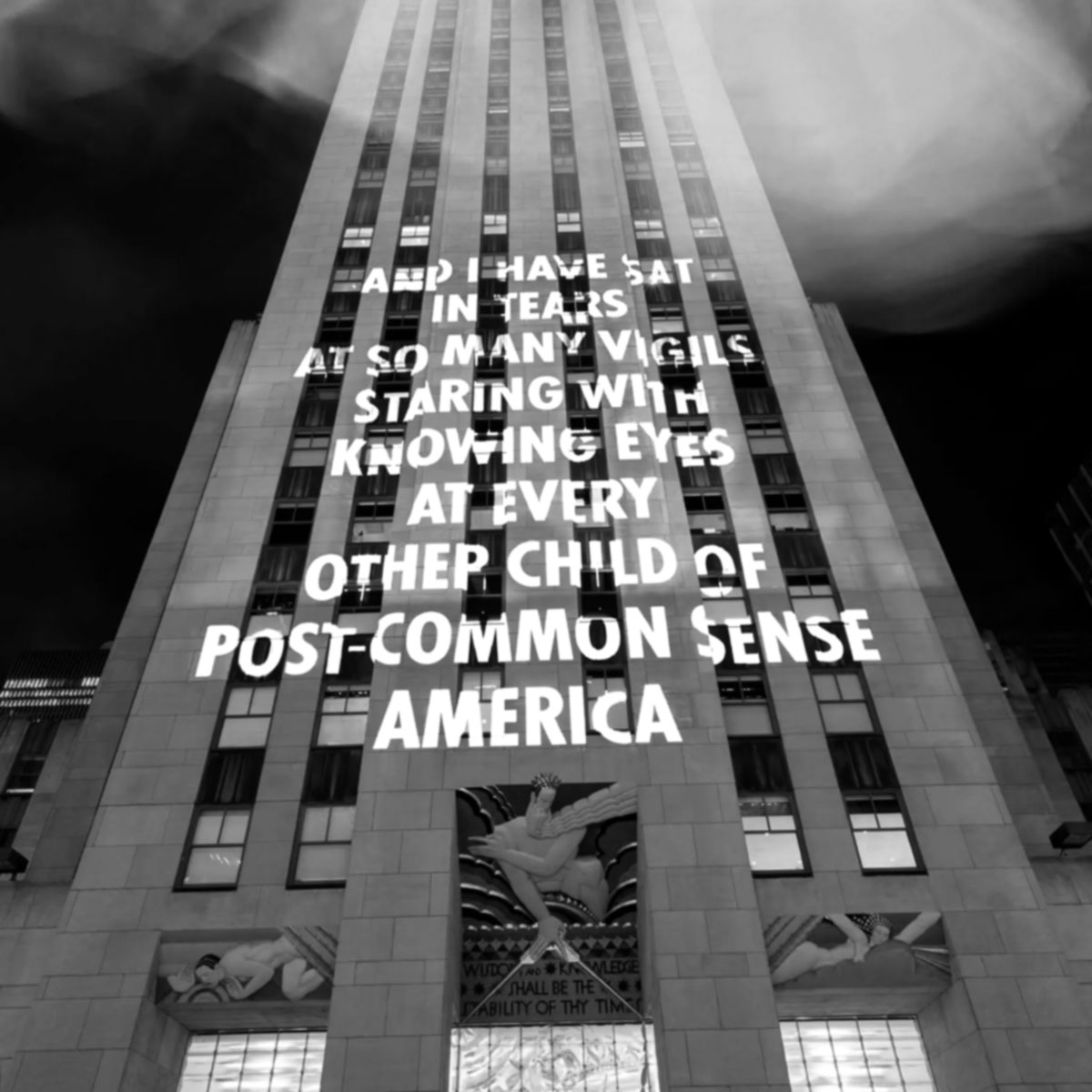 SPEECH ITSELF,
an art installation by Jenny Holzer.

Jenny Holzer is a neo-conceptual artist based in the village of Hoosick, New York.

Holzer’s work centers on delivering words and ideas in public spaces and large-scale installations. Her canvases are public billboards, buildings, and other large structures.

Holzer belongs to the feminist branch of artists that emerged around 1980 and she was an active member of the New York City artists’ group, Collaborative Projects, known as Colab. She was also a powerful contributor to The Times Square Show; the exhibition was a public forum for exchanging ideas, testing socially directed figurative work, and a stage for exploring emerging political-artistic directions.

PEN America stands at the intersection of literature and human rights to protect free expression in the United States and worldwide. We champion the freedom to write, recognizing the power of the word to transform the world. Our mission is to unite writers and their allies to celebrate creative expression and defend the liberties that make it possible.

Founded in 1922, PEN America is the largest of the more than 100 centers worldwide comprising the PEN International network. PEN America works to ensure that people everywhere have the freedom to create literature, convey information and ideas, express their views and thoughts, and access the views, ideas, and literature of others.

PEN America, a registered 501(c)(3) organization, is headquartered in New York City, with offices in Los Angeles and Washington, D.C., and chapters in seven other regions.